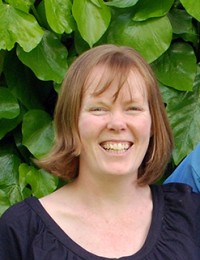 Georgina is the practice owner and senior veterinarian, as well as the practice manager. Georgina graduated from Melbourne University in 1997 and the joined Tim in Palmerston North where she practiced in a large animal practice until moving to the U.K. Her four years overseas were spent working in equine practices in Yarm, Reading and Abergavenny. After practicing in Methven in 2005 she worked for John Shaw in Prebbleton and then at Canterbury Equine Clinic until she left to have Annabelle in 2007 and Peter in 2009. Her interest lies in small animal medicine and equine reproduction, and she continues to work with Rebecca Reid B.V.Sc of Multiscan Services in Lincoln during the equine breeding season.

For all emergencies when we are not open please contact the 'After Hours Veterinary Clinic' on 033661052, cnr of Antigua and Disraeli streets, Christchurch.